Earn-out financing - or vendor/owner/seller financing, particularly in the US - is a 'creative' (or non-traditional) way of financing the sale of a property or business.

Instead of borrowing all the capital from a bank or other finance provider, the buyer borrows all or part of the sale price from the seller. They then repay the loan in instalments over a fixed period.

The terms of the loan are documented in a 'promissory note', also called a loan or carry-back note.

The buyer pays a deposit, while the business itself serves as collateral. So if the buyer defaults on payments, perhaps because the business isn't making enough money to service the loan, the owner takes back control of the business.

Every sale is different. Interest rates, repayment duration and other factors can vary from deal to deal.

When are earn-outs a good idea?

As Henry Edjelbaum, managing director of ASC Finance for Business, says: "Before the credit crunch, the banks would lend to anyone who could read and write. It was easy then, but everything's changed in finance now."

Banks are reluctant to lend to each other, let alone entrepreneurs, so earn-outs can rescue deals when banks decline or withdraw funding. They'll be happier to finance some of the deal if the seller is willing to risk his or her own money in the sale.

Admittedly, business buyers are finding it easier to raise finance than start-up entrepreneurs, because less risk is attached to an established enterprise with a track record and accounting history. Nevertheless, buyers are still encountering unprecedented intransigence from banks.

If a business has an unimpressive profit history; if it's in an industry that is ultra-competitive, subject to soaring operating costs or susceptible to recession; if you have little or no experience in the sector or in running businesses generally; if you have any history of adverse credit; if you're unable to put down a big deposit - anything about you or your target business that ratchets up the perceived risk is going to make it difficult to obtain credit through the traditional channels.

Roland Stringer part financed the purchase of a dating agency in May 2006.

"Although that deal was done two years ago," he says, "vendor loans would be even more effective in today's market, where if you're selling a business you clearly have to lower your expectations."

It's becoming more attractive across all sectors, from small businesses through the mid market to large corporations.

Airbus and Boeing, for example, recently announced plans to increase vendor financing substantially as their customers are struggling to generate funding from traditional sources. And Reed Elsevier, the Anglo-Dutch media group, is expected to provide about £100m of the £1bn price if it sells its Reed Business Information unit to Bain Capital, as expected.

At a lower level, Roland Stringer part-financed his £500k purchase of a dating agency with loan notes, contributing his own cash to 20% of the deal.
Richard May of business brokerage TSL Business Sales has noticed an upward trend - and he's glad. "About a quarter" of TSL's deals, he says, are at least partially debt funded with promissory notes. "It's certainly increased over the last six months."

"I see it continuing, and long may it continue - it's a very good way of doing deals. If the seller isn't confident about the future of his business then why should anyone else be?

"It shows a commitment on both sides, and if other people aren't lending then it may be the only way forward."

Nevertheless, seller financing is less widespread in the UK than across the Atlantic.

Why is it less common in the UK than in the US?

Henry Edjelbaum says that, while vendor financing is becoming more common, he doesn't envisage the UK market embracing it to the same extent as its counterpart across the Atlantic.
"The Americans are far more creative with financing," he says. "Their deals are multilayered.

"It's far more deal-driven in the US. They'll do what's necessary to get the deal done.

"They're not scared of bankruptcy like us; they just accept it and start again."

Edjelbaum has "never seen a small deal 100% financed by vendor financing. Small businesses just don't have the base, they need the capital.

"Large companies will do it 100% because they have more capital."

Contrast this with the observations of Tony Calvacca, owner of New York Business Brokerage, who describes the US market:

"Because most small retail, Main Street businesses take a lot of cash, they will typically not show a lot of cash on their tax returns, so their financials cannot be used to substantiate lending. Therefore a high majority of them are 100% seller financed, because there's just no alternative."

So how can US small businesses afford to fund 100% of deals with debt, while their UK counterparts cannot?

Deals are structured differently in the UK, where buyers have to provide more money up front. But the risk-averse Brits are changing - because they have to.

Ken Walters, whose business specialises in owner financing, bemoans the difference between the systems.

"In America," explains Walters, whose business is called Ken Walters Trading as The Business Exchange, "if you get a loan note for $100k, then it can often be transferred to a bank, which will give you the full $100k up front, so the buyer effectively owes the bank the money. It's not done that way in the UK; I wish it was."

Instead, the UK seller has to wait patiently for each repayment. To at least get a decent sum at the time of sale then, sellers tend to take a substantial down payment.

"Standard practice in the UK is that the seller wants as much money up front as possible," says Walters. "Typically, the professional advice is that, if you can get 80% of your £100k up front, then 20% is spread on seller finance over an agreed period of time.

"Brokers in the UK basically want all the money up front, mainly because they're on a percentage of the selling price, and often have not catered for an earn-out or seller finance type of deal in their method of remuneration.

"It's very different in America, where the sellers and brokers are happier to accept seller financing and cater for this eventuality in their terms of engagement."

Walters, whose deals often involve earn-outs, does things differently with his clients and, given the continuing dearth of credit, believes he's ahead of the curve.

"What I say to people is: 'If we can get some of the money now we'll take our percentage of the sale price, but we'll also take our fees monthly from the repayments' - and that's often the way the American brokers do it, although they charge much higher fees than UK brokers.

"I think it will go that way in the UK, but it'll take about five to 10 years as we're well behind America."

As nervous banks keep the purse strings pulled tight, owner financing will increasingly represent the best - nay, sometimes only - means of keeping deals alive. "You can sell your business," insists Walters, "if you're prepared to be flexible and to live in reality."

Slowly but surely, the UK market is waking up to the necessity of embracing earn-out financing. "The market will drive it that way."

When credit markets return to normal, will owner financing remain more entrenched in UK deal-making culture than before the crunch?

"I don't think anybody knows," says Edjelbaum. "Do we even know what's normal?"

"Banks have very short memories anyway, because there was silly lending 15 years ago. We've been here before."

Richard May says it's particularly popular in those "where there is very little asset, where it's really about the goodwill of the business." Likewise, businesses valued largely in reference to other intangibles, such as brand, client relationships, and the knowledge and skill of staff, often incorporate earn-outs into sales.

This is because it's often difficult to illustrate to banks how you arrived at a given value for the business; only you, with your day-to-day, intimate experience within the business, can truly appreciate the business's merits, which are difficult to convey to banks.

Owner financing is often employed by management teams that buy out businesses because they, more than any other prospective buyer, appreciate and understand the value of the customers, staff and brand.

A prime example of a business whose value resides in the goodwill of the business rather than its assets is professional practices. Calvacca says that "dental practices, CPA [accountants] firms, medical practices, insurance agencies lend themselves very well to seller financing."

But, adds Calvacca, "many lenders are very eager to lend to those types of practices because they are viewed as much less risky. With those kind of professional practices the seller will expect, and reasonably should expect, that the vast majority of the deal isn't going to be financed by the seller."

Roland Stringer's dating agency is another business whose substantial, but elusive goodwill value meant owner financing would be the best way of raising the funds.

"There isn't much in the way of assets with RSVP; the value is in the 15,000 lifetime members. It's therefore quite hard to raise money on and, secondly, we wanted to make sure the vendor remained supportive."

How does vendor financing ensure the support of the vendor post-sale? 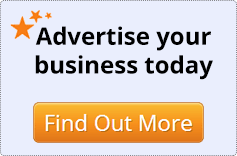